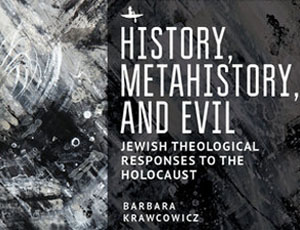 History, Metahistory, and Evil: Jewish Theological Responses to the Holocaust

Much post-Holocaust Jewish thought published in North America has assumed that the Holocaust shattered traditional religious categories that had been used by Jews to account for historical catastrophes. But most traditional Jewish thinkers during the war saw no such overwhelming of tradition in the death and suffering delivered to Jews by Nazis. Through a comparative reading of postwar North American and wartime Orthodox Jewish texts about the Holocaust, Barbara Krawcowicz shows that these sources differ in the paradigms—modern and historicist for North American thinkers, traditional and covenantal for Orthodox thinkers—in which they emplot historical events.