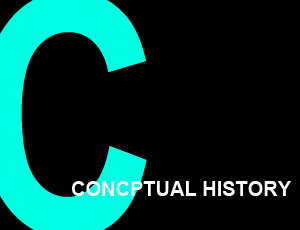 Zoroastrianism, or the religion of Zarathustra, is an Iranian religion whose beginnings go back to about 12-10th century BC. It is practiced to the present day in Iran and India, as well as in diaspora. Zoroastrian texts are composed in different languages, mainly in Avestan, Middle Persian, New Persian, Gujarati and Sanskrit. Avestan is an Old Iranian language spoken in north-eastern parts of the Iranian plateau in the second and first millennium B.C. Middle Persian is a Middle Iranian language, of which we have written evidence from the 3rd to the 10th centuries CE. New Persian, a child of Middle Persian, is a new Iranian language, spoken today in Iran, Afghanistan and Tajikistan. In this course, we will read texts from these three corpora.

This course will firstly introduce the students to the topic ‘conceptual history’ and its merits for the study of religion. Afterwards, it will present an overview of the history of Zoroastrianism and its main concepts. Subsequently, the course will focus on different Zoroastrian concepts as represented in the original Zoroastrian texts. They include Zoroastrian cosmogony and cosmology, millenniarism, immanence and transcendence, purity of women, religious organization, death, and eschatology. Although we will mainly read these texts in translation, the course will present an insight to the Zoroastrian literature from a 3000 years long period. Doing so, it attempts to convey the historical primary literature of a religion to the students without presupposing a knowledge of the Iranian languages. Nevertheless, a knowledge of the primary languages is more than welcome.

The seminar consists of two parts, the introductory part and the discussion of the primary sources. In every session of the second part, we will closely read an excerpt from a primary text and discuss the concepts represented in it. The students should study these texts in advance and be prepared for the discussion in the course. The active participation in the discussions in the course constitutes the center of the seminar. Doing so, the students will practice reflective engagement with primary historical sources. The reading material will be circulated before the beginning of the seminar.