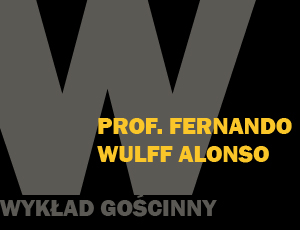 The history of the world is often presented as the history of isolated areas without contact. This principle has been traditionally applied to the history of the Eurasian Continent. However, during and after the 1st Century b. CE routes were established which ended up connecting the whole Continent by sea and land, routes that were never abandoned in the future. There is a tendency to think of all this as a mere exchange of goods or as processes of imperial expansion, but this perspective does not allow us to understand the involved set of cultural exchange phenomena.

During these centuries Han China and the Imperial Roman Empire knew the existence of their two empires, while the Indian Subcontinent experienced one of his most creative moments, receiving and sending cultural components, and even adapting Sanskrit to new needs. In Vietnam the Sanskrit world met Han China, while in Central Asia Han China, the Greco-Roman world, the Sanskrit world and many other cultures and languages met and culturally enriched their respective worlds. The expansion of Buddhism is no exception.

The implications of the “first globalization” of the Eurasian Continent, the first great globalization in history, are in need to be enlightened, and are only matched by the second one, after the European discovery of America and circumnavigation of the globe. How to present this complex panorama in a few minutes?

I propose following three looks which crossed the Persian Gulf and the Indian Ocean almost two millennia ago, around the year 100: the look of a Roman emperor, Trajan, in the year 116, that of an emissary of a Chinese governor, Ban Chao, in 97 and another one, completely different: the imaginary gaze of a character, Sahadeva, in an epic, the Mahābhārata, the first looking at India and beyond, and the other two at Rome.

He has published books mainly on Roman Republic in Italy and Hispania; gender, myth and epics; modern historiography and uses of the past, in particular in nationalist perspectives, and on uses of Greco-Roman sources in the Mahabharata.

He is currently working in a book about the first globalization of the Eurasian Continent around the change of era, focused on Han China, Imperial Rome, and India. A first approach in 2019. “Tres miradas que se cruzan en el mar: de Trajano a la China, pasando por la India”, Caballos, Antonio (ed.), De Trajano a Adriano. Roma matura, Roma mutans, Sevilla, Editorial Universidad de Sevilla, 459-81. He has just presented this project in a Seminar (5.2022) in the Philippines as part of the Project Capacity Building for Legal and Social Advancement in the Philippines (CALESA) financed by the European Union.