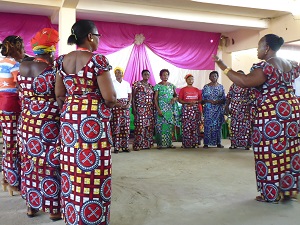 Rather than exploring the gradual development of religious traditions from a historical perspective, the members of the department are interested first and foremost in comparative analyses of religious phenomena existing at the same time within various belief systems as well as of their connections to biological, psychological, and cultural determinants of human nature. Anthropology, psychology, and interdisciplinary cognitive science constitute the dominant theoretical and methodological approaches to the study of religion in the department. Research interests of its members also include semiotics and phenomenology. We are interested in traditional belief systems, shamanism, yoga, theory of myth and ritual, religious symbolism and metaphor, mysticism, religiosity and atheism, religious motivations of behavior, gender studies and new religious movements. Members of the department specialize in indigenous religions of Africa, Australia, Polynesia and Melanesia, Siberia and both Americas, as well as Slavic religion, Judaism and Hinduism.

The department conducts research in the areas of philosophy and sociology of religion. Its members explore selected topics in the contemporary philosophy of religion as well as the history of such approaches. The primary fields of research interest include: historical relations between faith and reason, theories of God, theories of secularization, philosophical concepts of myth, historical debates regarding the limits of religious cognition, etc. Additionally, the members of the department conduct historico philosophical research; they explore the modern question of the relationship between religion and science as well as ethical and bioethical problems. Selected problems of philosophical anthropology are also studies in the department.

The Department focuses its research on religions in Poland. It maintains the Archive of Religion in Poland - a depository of sources (written as well as audiovisual) documenting the past and present activities of various religious communities in the country.

The faculty's research interest include history and culture of various Christian denominations from their beginnings until today.

The department focuses on the history and theory of religion, historical anthropology as well as the history of religious studies as an academic discipline. Its members' research interests include: ancient Mediterranean religions (ancient Greek religion, anthropology of sacrifice, Orphism and mystery cults, history of ancient mythology); religion of ancient Egypt; select pre-Christian religious traditions of Europe; religions of the Indian subcontinent (especially the Bengal and tantric traditions), Taoism and other religions of China, oriental new religious movements, religious/mystical experience, modern and contemporary Jewish religious thought, critical religion, religion in the city as well as religions in Africa. 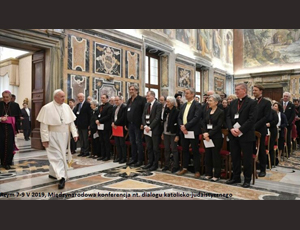 The tasks of the Centre include: