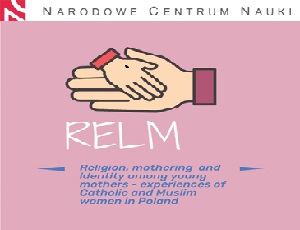 Aim of the project:

The aim of the project is to examine the relationship between religion and urbanity in contemporary Polish cities. Such scope of research raises additional question about how we understand religion and what we consider to be its manifestation in the urban space. These questions concern ontological and epistemological status of religion, yet in this project they are embedded in concerns about how the notion of religion is constructed in relation to other dimensions of urban life. In this project religion is examined through spatial approach and by focusing on tangible manifestations of religion in the urban space.

To explore the connection between religion and urbanity I will use several research methods that allows a multidimensional perspective. Not only different methods, but also the involvement of several different disciplines in the research process, such as humanistic geography, sociology, anthropology and religious studies, will introduce an interdisciplinary approach to studied issues. By this a multi-layered narrative on the relationship between religion and urbanity is possible. The research plan assumes mapping of various phenomena that may go beyond common notions of religion. The starting point is looking for such phenomena that trigger specific kind of communication that might be perceived as religious one. The focus goes here beyond common perception of religion and concerns individual acts, performances, material objects and human body in a religious context. These phenomena will be mapped using GIS geolocation tools. Such procedure will be accompanied by urban ethnography, where researchers will refer to data collected during geolocation and describe them from the perspective of the urban space user. In the third stage, the study will focus on case studies that address those spheres of urban life in which the negotiations between what concerns religion and what is generally regarded as a secular sphere are most visible. Such areas of urban life are e.g. activism and social movements; art and creativity; and business and economy.

Contemporary Polish cities are important arenas where this what is associated with religion and spirituality interacts with the secular dimension of social life. Here we can recognize that religious is shaped by the secular sphere. But also, we note that the ideas about secularity shape our understanding of the religious. In contemporary Poland such negotiations are at most evident in the urban space. Therefore, focusing on what is tangible and what shapes our daily practices in the urban sphere, while researching the relationship between religion and urbanity, allows us examining the entanglement of religion and secular in a much broader sense, including the public sphere in general. In addition, researching Polish cities while looking at the presence of religion, allows comparisons with other models of such relationships that have been developed in Western Europe or in non-European contexts. This allows to rise the questions about a specific place of religion in a Polish city and whether it is possible to create a general model for an East European city, based on such findings?

The results of research on religion and urbanity will allow us to answer the question of how we construct a narrative about what is religious in Polish cities, and where we set the boundaries for religious presence in urban space. Research conducted in this project will allow to examine the diversity of religious fields in modern Polish cities and look at religion in the context of other variables that define our urban practices, such as space, material culture, economics, cultural dynamics, migration and demographic structure. Project results will be published in the form of bilingual interactive maps of three selected cities of Kraków, Lublin and Gdańsk.